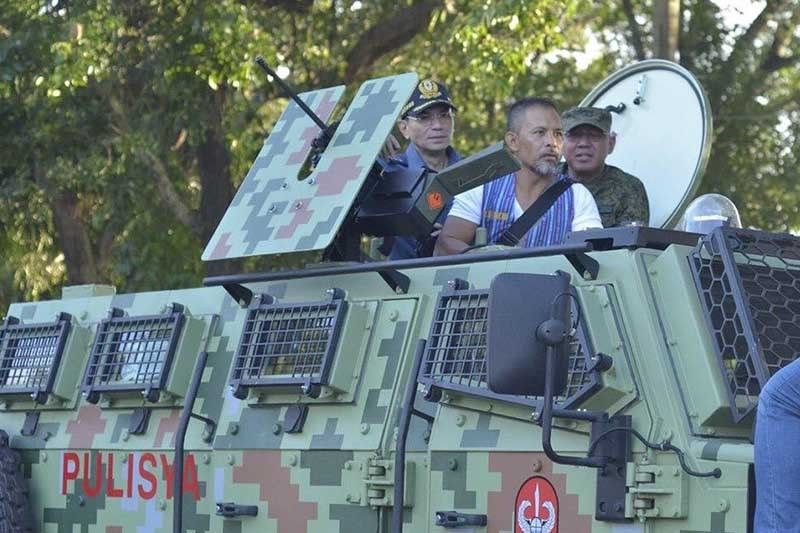 MANILA, Philippines — The Department of Justice is moving forward on murder complaints filed against suspended Bureau of Corrections chief Gerald Bantag over the killings of radio broadcaster Percy Lapid and inmate Jun Villamor, said to be the middleman in the Lapid killing.

Malcontento also said subpoenas to respondents — including Bantag — have been issued, but DOJ spokesperson Mico Clavano said these have yet to be released.

Clavano, in a separate message, said there are at least 11 subpoenas to be sent out. The summons will give the respondents the opportunity to file their respective counter-affidavits.

The DOJ earlier said the earlier murder complaint against confessed gunman Joel Escorial over the killing of Lapid, and more recents raps by the Philippine National Police and National Bureau of Investigation that include Bantag among the respondents over the deaths of the broadcaster and Villamor have been consolidated into one case.

Meanwhile, the PNP defended its decision to hold a joint press conference on allegations against Bantag, even as it called on the suspended prisons chief to cooperate in its investigation. Bantag has been throwing his own accusations against Justice Secretary Jesus Crispin ‘Boying” Remulla and has tried to cast doubt on the investigation.

Speaking at a forum organized by the Foreign Correspondents Association of the Philippines, Police Gen. Rodolfo Azurin saod the press conference to present the National Bureau of Investigation’s finding was a joint effort of the NBI and the PNP.

The NBI said it found reason to believe that the order to kill Lapid, whose real name is Percival Mabasa, came from Bantag, who allegedly enlisted the help of gangs inside the New Bilibid Prison.

“What the PNP and the NBI will do is to check on what Bantag has been claiming and if it is related to the case of Percy Mabasa,” Azurin said.

Asked if he can promise the press that Bantag will be taken in, Azurin said: “Yes. That’s the objective, that’s the goal of everyone so he can defend [himself] and answer accusations held against him…we want this case to eventually be put to rest.”

In a separate press briefing at Camp Crame, the PNP chief urged Bantag to answer the allegations.

“Perhaps he should answer all the charges in court. This should not be done in the media, it’s unhealthy,” said Azurin.

Last week, Bantag granted media interviews where he railed against Justice Secretary Remulla and called on him to step down over a drug case that the secretary’s son is facing.

The DOJ on Friday said it “understands the predicament of [Director General] Bantag. His words and actions, no matter how personal and inappropriate, come from a misguided sense of betrayal,” as it echoed Remulla’s earlier statement that “nobody wanted the evidence to point” to the BuCor chief.

“There is a proper forum and a proper time to thresh this all out,” the DOJ also said. — Kristine Joy Patag and Franco Luna