MANILA, Philippines — Disney’s premier streaming platform Disney+ has officially launched in the Philippines, meaning some Filipinos can have exclusive access to the mountain of content under the world’s biggest entertainment company.

Just a few examples of these titles are animated films “Encanto,” “Aladdin,” “Beauty and the Beast,” “Frozen,” and “The Lion King,” Pixar movies “Lightyear,” “Turning Red,” and “Soul,” Marvel’s “Thor: Love and Thunder,” “Doctor Strange in the Multiverse of Madness,” and “Black Panther,” and “Star Wars” titles “Andor” and “Obi-wan Kenobi.”

Outside of the main Disney line are content under Star such as “The Simpsons,” “Grey’s Anatomy,” “The Kardashians,” and Asian entertainment like BTS materials.

“It’s my pleasure to be back home and celebrate this wonderful occasion with you all,” said Jay Trinidad, Walt Disney Company Asia Pacific’s Senior Vice President, during Disney+’s official launch in the country last week.

“I’m so excited that starting from today, fans, families and friends in my country can now access the Walt Disney Company’s incredible collection of entertainment content. Form beloved classics to recent blockbuster hits, and new original content, Disney+ offers consumers a vast and extensive selection of entertainment all in one click.”

“Growing up as a young boy in Manila, I remember spending an hour of traffic going to my uncle’s house because he had the only copy, the only VHS copy, of ‘Aladdin’ in the family. But today, there’s no more traffic, no more waiting. Disney+ can reach thousands of families in the Philippines and they can stream thousands of hours of general entertainment content, anytime, anywhere, even when you’re stuck in traffic.”

According to him, the platform also upholds many time-honored Filipino values like good winning over evil, trying hard until you make it.

“When I was young, this inspires a sense of hope in me as our films encourage people to strive to become who they think they can be – to dream really big dreams. And I think this is why we as Filipinos feel a strong affinity to the Disney company because those stories inspire that hope and that wonder. Whoever you are, you can dream really big,” he said.

“As a proud Filipino, I feel privileged that this is my job. It’s an amazing job to introduce new stories to the next generation, bringing joy and happiness to more children, families and fans in the Philippines!”

Related: Disney+ in the Philippines: Shows, subscription fees, everything you need to know

Coinciding with the launch of Disney+ in the Philippines is the arrival of “Limitless with Chris Hemsworth” which sees the “Thor” actor discovering the full potential of the human body.

A day later will be the release of “Disenchanted,” the sequel to “Enchanted” starring Amy Adams, and the documentary “Mickey: The Story of a Mouse” about Disney’s iconic mascot.

The following weeks will see more specialized material like “Elton John Live: Farewell from Dodger Stadium” on November 21, “Marvel’s The Guardians of the Galaxy Holiday Special” on November 25, the “Willow” sequel series on November 30, and the Star Original “Connect” on December 7.

On his part, Trinidad feels a close connection to the Arthurian Disney classic “The Sword in the Stone,” just one of the few old-school and Reinaissance Disney films that will also be on the streaming platform.

Trinidad added that the launch of Disney+ furthers the studio’s impact in the Philippines after award-winning singer-actress Lea Salonga, who provided the singing voice for Disney Princesses Jasmine and Mulan, was named a Disney Legend in 2011. — With reports from Deni Rose M. Afinidad-Bernardo 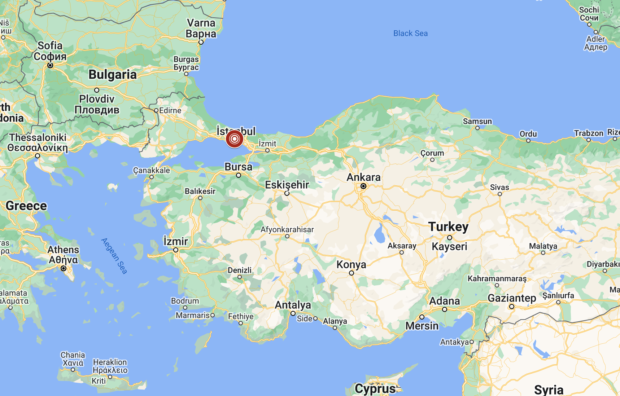