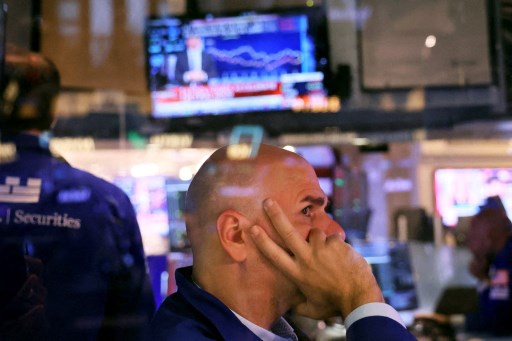 
HONG KONG, China (AFP) — Stocks fell Wednesday ahead of what many expect to be a third successive jumbo rate hike by the Federal Reserve, while the dollar hit fresh multi-decade highs against the pound and euro after Russia stepped up its war in Ukraine.

Equities around the world have been clattered by fears of a recession in major economies as central banks ramp up borrowing costs to combat the highest inflation in decades, which has been compounded by the Ukraine war and supply chain snarls.

In Washington, the Fed is due to conclude its latest policy meeting, with most analysts predicting it will announce another 75 basis-point lift, though some have tipped a full percentage-point move.

However, while the hike has largely been priced into the markets, the US central bank’s forecast and post-meeting comments from boss Jerome Powell are the main attraction for investors.

“Volumes remain light and the mood cautious, with few looking to take on large positions before hearing what the Fed says and where policy makers see rates going by the end of the hiking cycle,” Fiona Cincotta, at City Index, said.

“This is what will drive the markets, not the rate hike… but what the Fed plans to do next.”

Fed officials have for months stuck to the mantra that they will only ease up on their hawkish drive when inflation comes down and remains subdued.

This has led many to warn that rates are unlikely to come down anytime soon, possibly as late as 2024, with a recession more than likely in the United States as well as other major economies.

– Dollar extends rally –
Other central banks are also meeting this week. On Tuesday, officials in Sweden surprised markets by unveiling a one percentage-point hike, while the United Kingdom and Switzerland are expected to announce more increases.

Asian markets were back in the red, reversing Tuesday’s bounce.

Tokyo, Hong Kong, Sydney and Manila were all down more than one percent, while there were also losses in Shanghai, Seoul, Singapore, Wellington, Taipei, Mumbai and Jakarta.

London rose in early trade, but Paris and Frankfurt were down.

Adding to the dour mood was Vladimir Putin’s announcement of a “partial mobilisation” as he upped the ante in his battle against Ukraine after his forces were routed from several cities in recent weeks.

He added that he would annex the territories his forces have already occupied and backed weekend referendums in four regions in Russian-held parts of Ukraine.

“We will definitely use all means available” to protect Russian territory, he warned, adding: “That’s not a bluff.”

The moves mark an escalation of the seven-month war, which has roiled markets and sparked an energy crisis.

Oil prices, which have wilted in recent months owing to worries about demand caused by any recession, surged more than three percent.

And the dollar, a safe haven in times of uncertainty and turmoil and which was already elevated ahead of the rate decision, rallied further.

It hit a fresh 37-year high of $1.1305 against sterling and a new 20-year peak of $0.9885 per euro, with the eurozone already in economic trouble owing to sanctions on Russian oil and Putin’s decision to cut off gas supplies to the continent.

The announcement and possible escalation in the war “raises a whole new set of uncertainties”, Rabobank’s Jane Foley said.

“This is set to weigh on the euro and on the currencies of eastern Europe.”

— Bloomberg News contributed to this story —

A Podcast With Teeth: How Overjet Brings AI to Dentists’ Offices
Next Article Paralympic Gold Medalist Shares His Experience With CS:GO Skin Gambling
Leave a comment 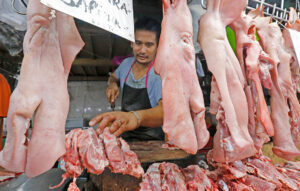 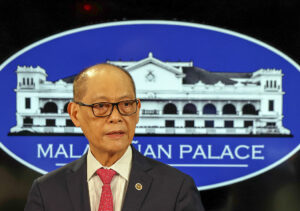 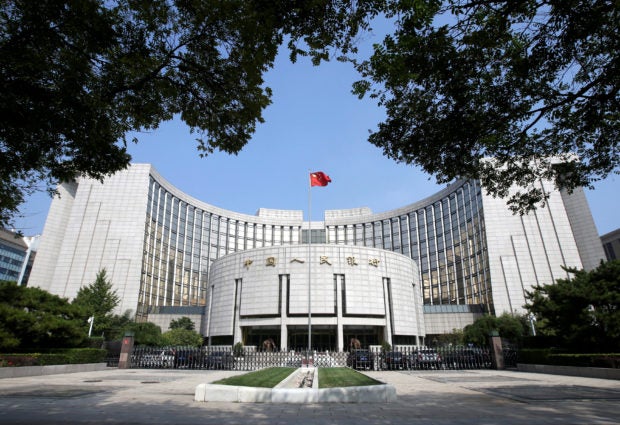