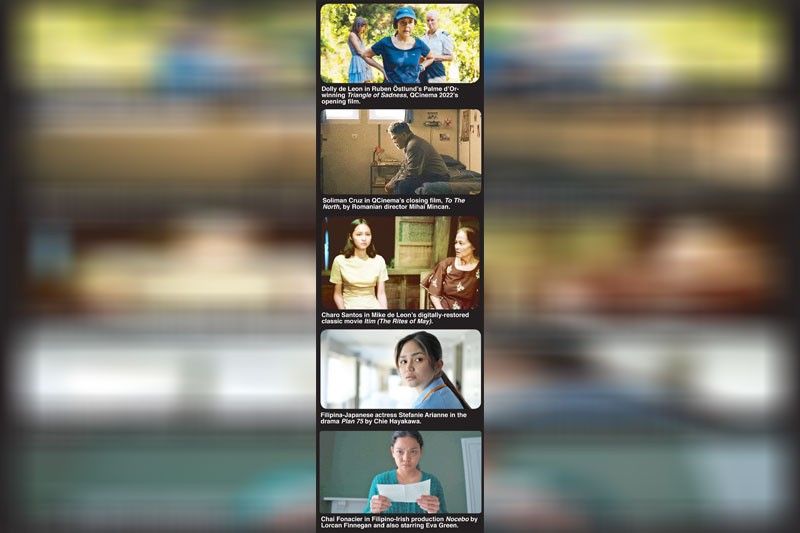 
MANILA, Philippines — Aptly titled In10city: A decade of intense film experience, the 10th edition of the QCinema International Film Festival is offering an “intense” roster of featured films this year, starting off with Ruben Östlund’s Triangle of Sadness, the Cannes Palme d’Or-winning class satire starring our very own Dolly de Leon. It will be screened on the film festival’s opening night on Nov. 17 at the Gateway Mall in Araneta City.

The event will run until Nov. 26 with To The North, a Venice Film Festival entry by Romanian director Mihai Mincan and starring veteran Filipino actor Soliman Cruz, as the closing film.

A total of 58 films, including six short film production grantees, with seven sections of full-length films and three shorts programs, will be featured in the latest edition of QCinema. The winners for the long and short competitions will be announced during the event. This year’s program will be “hybrid” with both in-person and online screenings.

Physical screenings will be held at Gateway, Trinoma, Powerplant, Cinema 76 and SM North EDSA, while the virtual screenings, exclusive for QCShorts 2022, QCShorts 2021 and RainbowQC Shorts, will be streamed on Vivamax from Nov. 22 to 26. Tickets are priced at P300 and P299 for theatrical and online screenings, respectively.

Competing in the Asian Next Wave section are two Filipino films — Anna Isabelle Matutina’s 12 Weeks and Loy Arcenas’ Elehiya. The latter is considered the last screen performance of the late iconic actress Cherie Gil, who passed away in August after a private battle with endometrial cancer.

12 Weeks, on the other hand, won the NETPAC award and the Best Actress honor for Max Eigenmann at this year’s Cinemalaya. The lead star also happens to be Gil’s niece.

The Asian Next Wave, which showcases the works of emerging filmmakers from Southeast Asia and East Asia, will include Ajoomma by Shuming He, Singapore’s entry to the 95th Academy Awards or Oscars; Japan’s Oscar entry Plan 75 by Chie Hayakawa, which is also a Cannes Golden Special Mention winner; and another Cannes entry, South Korean film Return to Seoul by Davy Chou.

The list also includes Thai film Arnold is a Model Student by Sorayos Prapapan, which had its world premiere at Locarno, and Autobiography by first-time Indonesian director Makbul Mubarak, which took home the FIPRESCI Prize in Venice this year. Adding to the LGBT+ section, co-sponsored by the French Embassy Manila, are the films Portrait of a Lady on Fire, Billie And Emma and The Divide. There are three titles that will be shown in the Midnight Series segment. They are the Filipino-Irish production Nocebo by Lorcan Finnegan; Peruvian-Mexican film Huesera by Michelle Garza Cervera and Mona Lisa; and the Blood Moon by British-Iranian director Ana Lily Amirpour, starring Kate Hudson and Jun Jong-seo.

For the Digitally Restored Classics section, Mike de Leon’s classic movie Itim (The Rites of May) topbilled by Charo Santos and Wong Kar-wai’s romantic drama In The Mood for Love will be presented.

De Leon earlier announced the withdrawal of his film Kisapmata from the festival. Lejano and Dayrit kept mum on the issue when asked about it during the press event. “Unfortunately, direk Mike decided to put it out. Probably you have to talk to him,” said Dayrit.

Moreover, a new festival section was launched this year called Advance Screenings. For this, 2022 Sundance Grand Jury Prize winner Nanny by Nikyatu Jusu (US) and 1985 by Santiago Mitre (Argentina) will be shown, in partnership with Amazon’s streaming service Prime Video.

In cooperation with Warner Bros. Philippines, US director Maria Schrader’s She Said and Italian director Luca Guadagnino’s Bones and All, starring Timothée Chalamet, will be featured.

Meanwhile, Quezon City Mayor Joy Belmonte, who started the city’s film festival, said in a statement, “It (QCinema) has grown bigger and stronger beyond our dreams and much sooner than our expectations. It is like the making of a film, QCinema’s growth has been a collaborative effort. While it started as a brainchild of mine 10 years ago, it took a whole city and the efforts of many sectors to propel it to what it is now, one of the country’s most formidable film festivals.”

QC Vice Mayor Gian Sotto noted in a message how QCinema has become a “milestone not only for QC but for the entire film industry (as well). As long as QCinema continues to be strong and stable, the industry will not only survive but (also) thrive.”

He is excited for the new films to be shown, as well as “creative ideas and more importantly, the films that move. All I know is that, for sure, we are in for a lot of happy developments and surprises.”

(Screenings schedules and other details about in10City, QCinema’s 10th anniversary presentation, will be available via qcinema.ph and the social media accounts facebook.com/QCinemaPH, twitter.com/QCinemaPH and www.instagram.com/qcinemaph.) 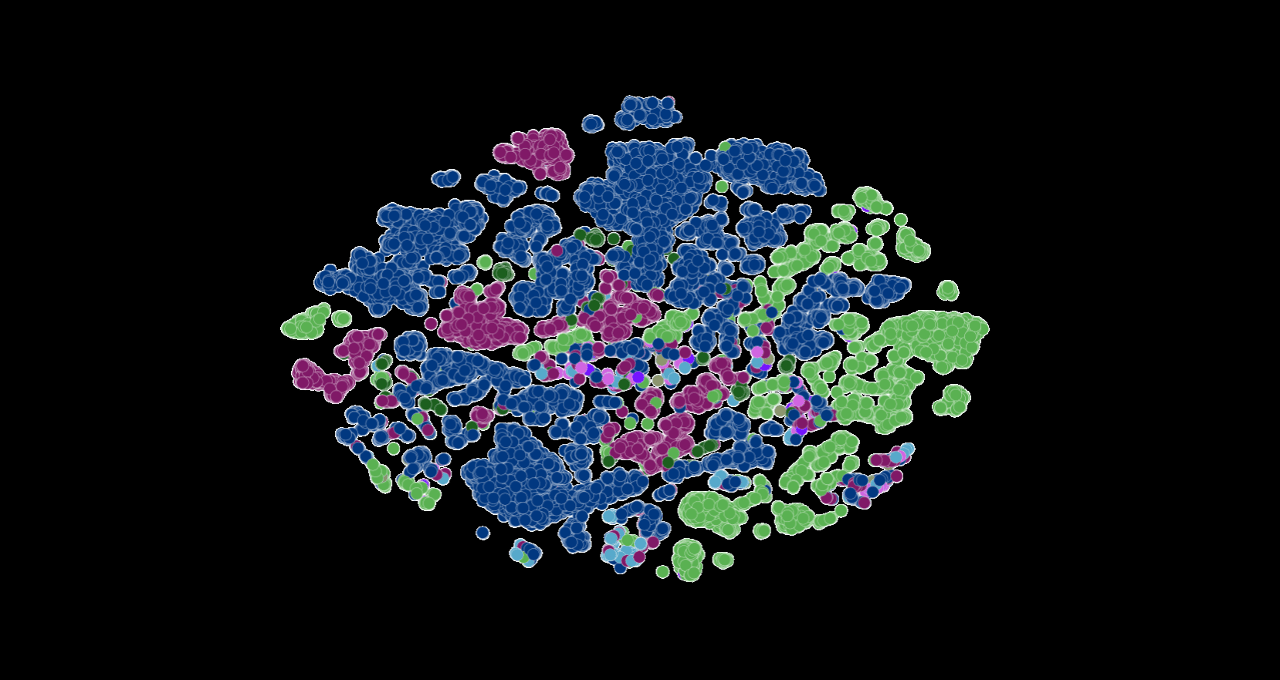