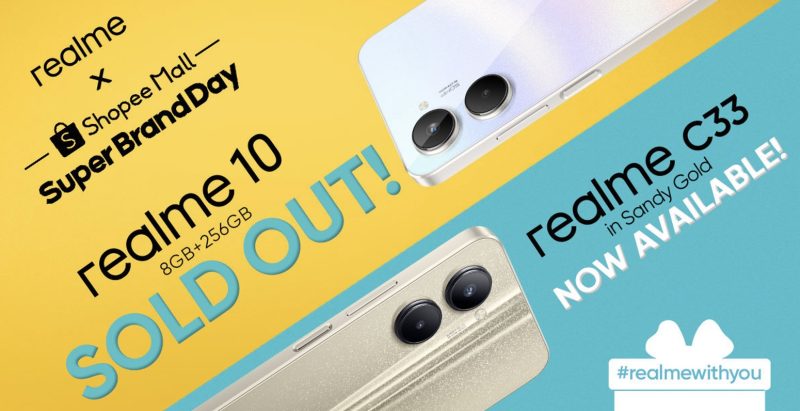 
Manila, Philippines. November 23, 2022: realme, the PH’s no. 1 smartphone brand for seven straight quarters (based on IDC sell-in reports for Q3 2022), unveils more yellow surprises to welcome the upcoming holidays with a bang.

Following the sold-out milestones for the realme 10 (8GB+128GB) variant last 11.11 sale, the realme 10 proves to be a crowd favorite as it once again achieved a sold-out record for the 8GB+256GB variant, which had its first-selling during the Super Brand Day sale on Shopee last Nov 17-18.

For those who missed out to score the realme 10 (8GB+256GB) variant, don’t worry because pre-order will start on November 26 until December 2, 2022 in all realme stores nationwide! Every purchase will come with a FREE realme Cobble Bluetooth Speaker worth P1,590!

In celebration of the Yellow Christmas spirit, the much-loved realme C33 can now be snagged in the stunning Sandy Gold color alongside the Night Sea and Aqua Blue options. The new Sandy Gold color makes for a fresh new take on the C-Series. Its minimalist premium look makes it the perfect Christmas present for your loved ones. To make things even merrier, the realme C33 will be available at a limited price drop offer of P6,499 only!

realme is also extending the Yellow Christmas campaign to its ongoing #realmeSupports CSR campaign with continuing their support for Pinoy music., realme recently sponsored the Cebu Aurora Music Festival, which happened last Nov 19. The music festival was attended by some of the biggest names in the local scene including Ben&Ben, December Avenue, Zack Tabudlo, Unique Salonga, Arthur Nery just to name a few. Alongside the music festival, realme also lit up their Yellow Christmas Tree in partnership with Enchanted Kingdom. Squads can now visit the realme Christmas Trees at Enchanted Kingdom until January 8, 2023.

realme also extended its support to university organizations such as the UP Aguman for the Lakdat: The Pautakan 2022, an annual 3-day academic competition for elementary and high school students in Pampanga and the UP Economics Society for their National Youth Congress, which acquaints students with the relevance of Economics in the context of today’s society.

With the main goal of honing amateurs players and providing them with an avenue to eventually go pro, the realme Mobile Legend Cup went to different provinces in a span of 3 months to extend the tournament to aspiring gamers outside of Metro Manila, all with the intention to provide the same opportunities to young gamers nationwide.

After visiting seven provinces, three regions and having more than three hundred teams battling it out for the championship, the realme Mobile Legends Cup Regional Wars will have its last leg in Manila on Nov 24. Meanwhile, the much awaited Grand Finals will be happening the next day, Nov 25. The Grand Finals will be attended by the MPL Season 9 and MSC 2022 Champions: RSG Philippines. To know who they’ll be battling during the legendary RMC show matches and to find out which team will reign as the RMC Regional Wars champion, be sure to check out the official realme Facebook page for more details and updates on the RMC Regional Wars and for more information about realme. 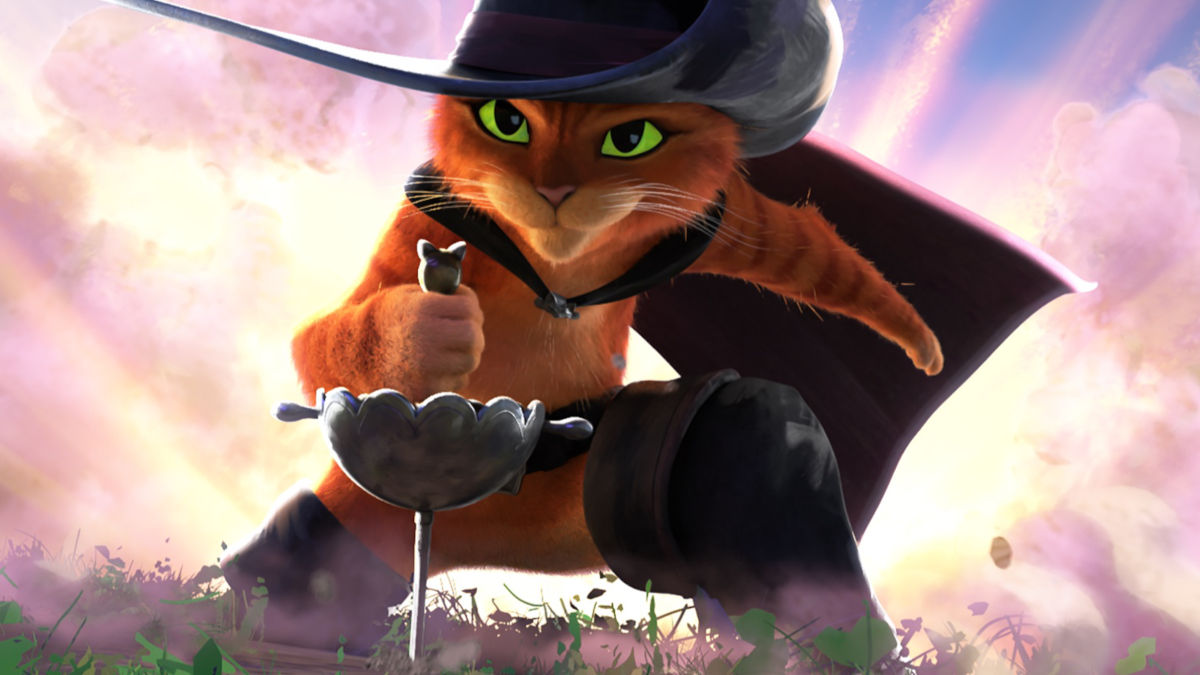 Dreamworks Animation’s “Puss in Boots: The Last Wish” to Open in PH Cinemas on December 7
Next Article 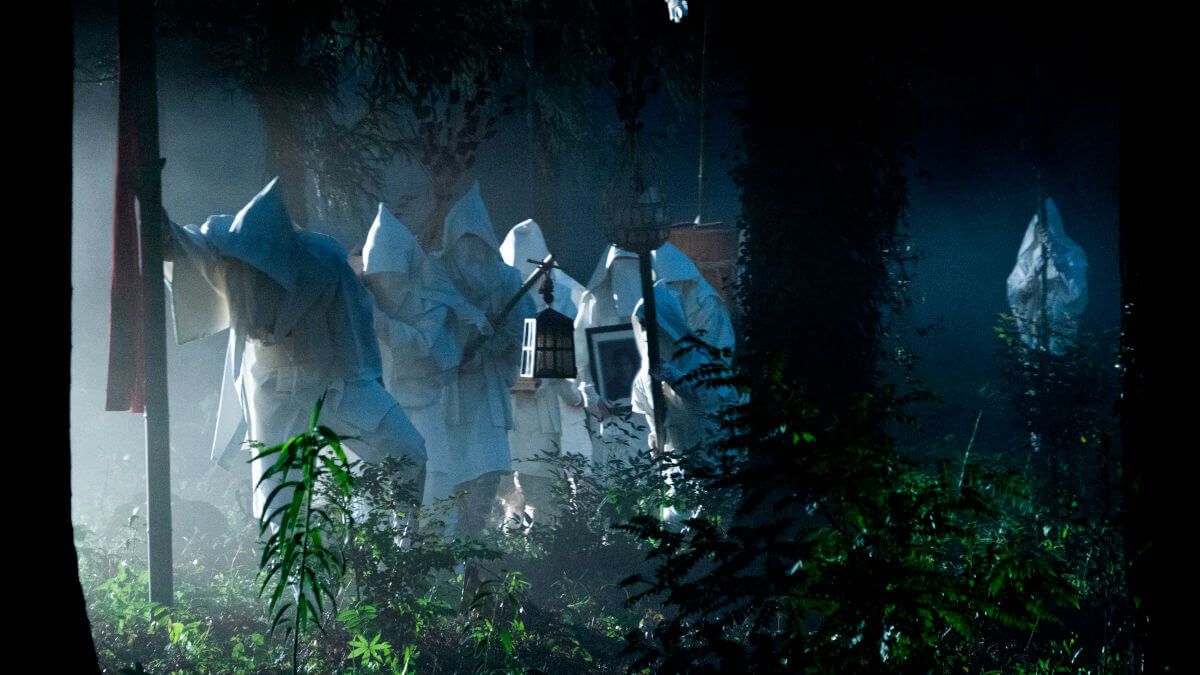 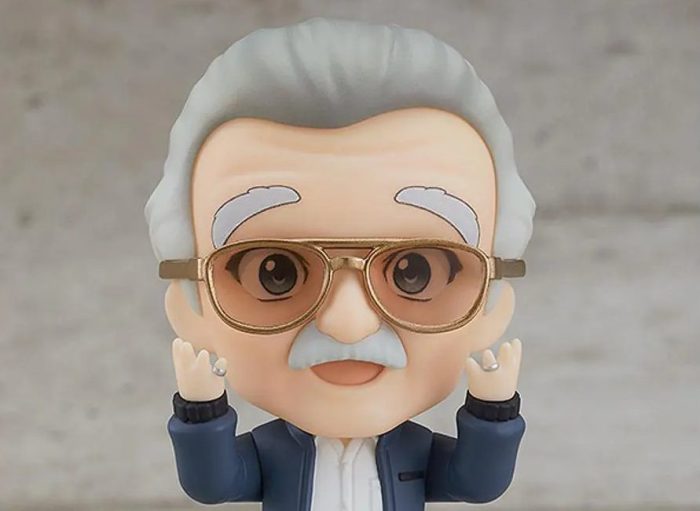 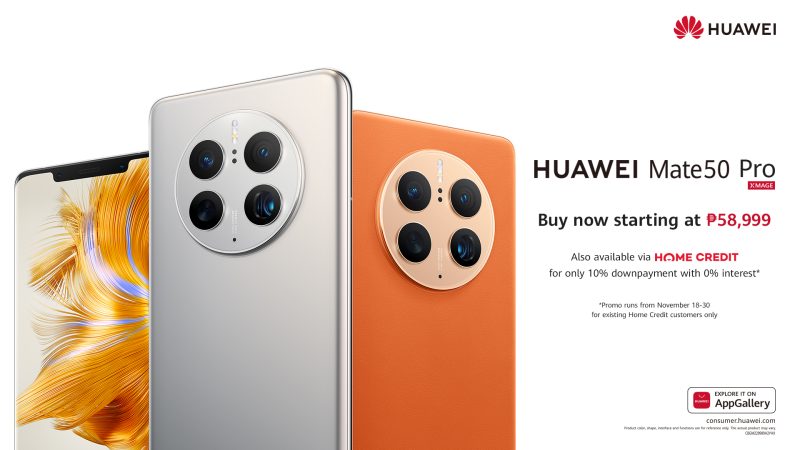 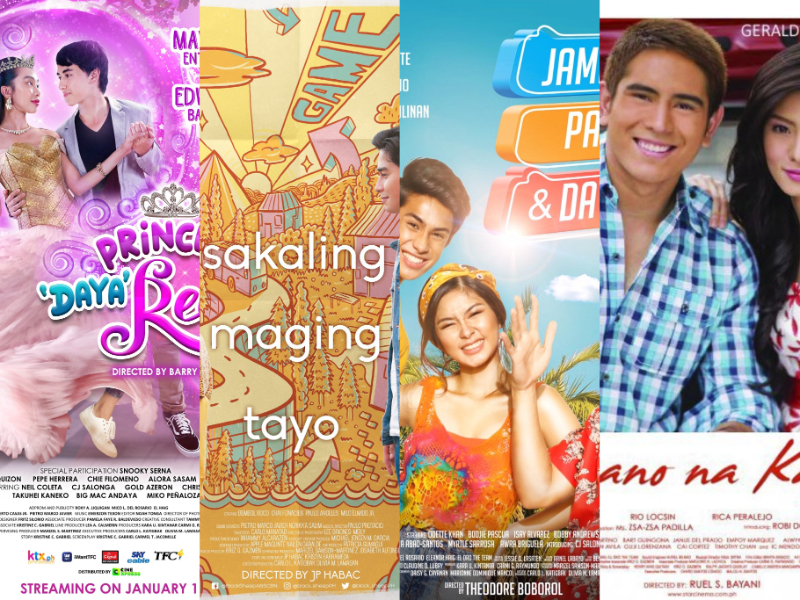