For those who feel the need for speed

The year 2022 has been another amazing year for realme Philippines as it continues to hold on to the top position as the no. 1 smartphone brand in the country, with the release of the realme GT Neo 3 it offers power users a more affordable flagship alternative.

The first time I saw the realme GT Neo 3, it immediately reminded me of the Dodge Viper GTS, one of the most iconic supercars of the 90s, because of its blue color and white stripes.

The Dodge Viper was so popular back then that it had been featured in several the most popular racing franchises such as Need for Speed, Forza Motorsports, Gran Turismo, and many others.

Just like the Viper GTS, the realme GT Neo 3 is being pushed for its power and speed, but does have enough to earn its racing stripes?

Launched a few months back, the realme GT Neo 3 is the brand’s flagship smartphone for users who prioritize speed above all else and with a powerful MediaTek Dimensity 8100 and an 80W SuperDart fast charger, the GT Neo 3 already ticks off a couple of right boxes.

WHAT’s IN THE BOX?

The GT Neo 3 ships in black box that is a bit longer than the usual with the realme logo and GT Neo 3 branding in silver. Inside you’ll find the smartphone unit, paper documents, a SIM ejector pin, USB-A to USB-C data/charging cable, a FREE translucent bumper case, and a big 80W fast charging brick.

It also has a preinstalled screen protector. With the exception of a pair of earphones and a USB type C adaptor you have everything you need in the package.

According to the brand, the realme GT NEO 3 honors the purity of speed with an authentic reference to an epic rivalry between two automakers in one of the oldest endurance races during the 60s and is essentially a tribute to racing legends, with an exceptional design and faster performance. Though the Nitro Blue variant reminded us of the Viper, the realme GT Neo 3 Sprint White is actually inspired by the car that beat Ferrari at Le Mans for the first time in the year 1960, and that is the Ford GT40.

The realme GT Neo 3 is made out of plastic though its you could easily mistake it for having a metal chassis. It has a curved glass back with a completely matte finish that makes it less of a fingerprint and smudge magnet. It weighs 188g which still makes it comfortable to hold even for prolonged periods of time.  It has symmetrical bezels throughout, with a 94.2 percent screen-to-body ratio that’s impressive even for a flagship device.

Exploring the rest of the phone, on the back you’ll find the triple camera + flash setup neatly placed in a rectangular module with two vertical white racing stripes running along the left side as well as the realme dare to leap branding. You have has a power button on the right side and volume rockers on the left. On stop is a speaker and microphone while at the bottom there is a USB-C Port along with another microphone and speaker grill and the Nano SIM Tray.

Overall, the realme GT Neo 3 is a well-built stylish device that stays true to its objective of exuding that that racing, sporty, gamer-ish vibe.

As a flagship device, the realme GT Neo front has a large 6.7-inch Full HD+ AMOLED display that equates to a pixel-packed 394ppi with Gorilla Glass 5 protection. You almost get a bezel-less display with the abovementioned  94.2 percent screen-to-body ratio with only a punch hole that houses its 16MP camera on the top middle of the screen and an almost invisible earpiece. The AMOLED panel produces vibrant colors and deep blacks making it ideal for consuming content whether it’s watching videos, playing games, or even just browsing the internet.

By the way, the display of this also has a contrast ratio of 5,000,000:1, 100 percent DCI-P3, and color accuracy of JNCD ≈ 0.4. Worth mentioning is that it has a Dedicated Display Processor that realme said intelligently inserts intermediate frames, increasing the frame rate up to 120fps, effectively improving fluidity and clarity. Another flagship feature is its in-display fingerprint scanner which is quite fast and reliable.

If you want to further tweak the display, there’s screen color mode so you can pick color profiles. There’s even Pro mode that uses cinematic Display P3 for more faithful color reproduction. It also supports HDR content using the 01 Ultra Vision Engine for its Bright HDR video mode. Just be aware that it will consume more power and might cause the phone to heat up.

When it comes to audio, it has two loudspeakers which sound quite crisp and clear. It lacks bass like most smartphones given the limitation but its good enough for casually watching videos or playing games when you don’t have a Bluetooth speaker or earphones available.

The realme GT Neo 3 is equipped with triple-rear cameras consisting of a 50MP Sony IMX766 main with OIS, 8MP ultra-wide, and 2MP macro. For selfies, it has a 16MP front camera.

As you’d probably expect from realme, the GT Neo 3 has pretty good cameras. It can easily produce photos that are sharp, bright, with accurate colors and high dynamic range in great lighting. It can even hold its own indoors and the quality of photos taken are still quite impressive and it manages to bring out details and make the scene look bright.

Here are some photo samples:

You get a lot of modes for photo with Street Mode and Night Mode being the most fun to experiment with. For videos, vlogging is made easy with dual view plus theres also a film mode where you can further make adjustments to the settings. You can shoot up to 4k 60fps video and stability is quite good.

The 16MP front camera also doesn’t disappoint and selfies come out with great details and accurate skin tone. It also includes a lot of options to tweak when turning on beauty mode so you can appear flawless even if its only in photos.

The realme GT Neo 3 may not be advertised as a photography powerhouse but it can hold its own and can satisfy even the needs of mobile photography enthusiasts.

As a phone that’s been advertised for its speed, the realme GT Neo 3 lives up to its billing thanks to the very capable MediaTek Dimensity 8100 chipset. This octa-core processor is clocked at up to 2.85GHz and paired with a Mali-G610 GPU, 8GB of RAM (expandable up to 12 via virtual RAM), and 256GB UFS 3.1 storage.

Given this configuration, it was able to handle all of our smartphone usage requirements easily. We used it as our daily driver for a couple of weeks and didn’t encounter any problems or the need to restart because it was slowing down. Apps opened very fast, and despite having several websites open, for multitasking I never had any problems with it.

Its also very fun to use for gaming as it could handle pretty much everything we installed. You might want to activate GT mode inside Battery settings so it can further optimize the CPU, GPU and RAM and give you the most stable gaming experience. Realme has also done a great job with its new Stainless Steel Vapor Cooling System as the GT Neo 3 didn’t heat up during our use.

Software-wise, it runs on realme UI 3.0 based on top of Android 12. The UI is very easy to navigate with enough customization options so you can really personalize your smartphone. It has its own app market, Phone Manager with tools for device optimization, Game Center, Smart Sidebar, Kid Space, and Flexible windows (floating windows). Our only gripe is that it does come with a lot of pre-installed app suggestions. You can remove everything of course, but since this is already a flagship device, realme might want to do away with the aggressive app suggestions as it just makes the UI look messy even just after the initial setup.

For the battery, it has a 5,000mAh capacity in a dual 2,500mAh cell setup. It can easily last me a days worth of use and that is even when using it mostly for photography when covering events and watching a couple of episodes and YouTube videos. Even more good news is that when it comes to charging, the GT Neo 3 supports 80W SuperDart fast charge, which can charge the battery from 0% to 50% in just 12 minutes! Realme assures that this fast charging tech doesn’t adversely affect battery longevity and the battery can maintain 80% of its health even after 1600 charge cycles. The battery is also TUV Rheinland certified for extra peace of mind.

FINAL WORD: The realme GT Neo 3 earns its racing stripes for its speedy performance and even faster charging speed. But more than just a performance-driven smartphone it also has a great set of cameras and an crystal clear display making it an all-around entertainment device as well. I do like the premium build and sporty design and I have no complaints about the battery life especially with fast charging. It faces a lot of competition in My only complaint is the bloatware and aggressive app suggestions and the lack of an official IP rating.

Priced at PHP 29,999, it faces stiff competition and more recent offerings from other brands, but the realme GT Neo 3 has a lot to offer guaranteeing it a podium finish and an easy recommendation from us.

Mark your calendar for the Xiaomi’s 12.12 sale!

The vivo Y02 is Now Available in the Philippines for Only PHP 5,299

Get the Xiaomi 12T, powered by MediaTek Dimensity 8100-Ultra

What Is a Pretrained AI Model?

Vice Ganda Gives Additional Cash to Karding Survivors and Rescuers in ‘Everybody, Sing!’
Next Article

Mark your calendar for the Xiaomi’s 12.12 sale!

The vivo Y02 is Now Available in the Philippines for Only PHP 5,299

Get the Xiaomi 12T, powered by MediaTek Dimensity 8100-Ultra 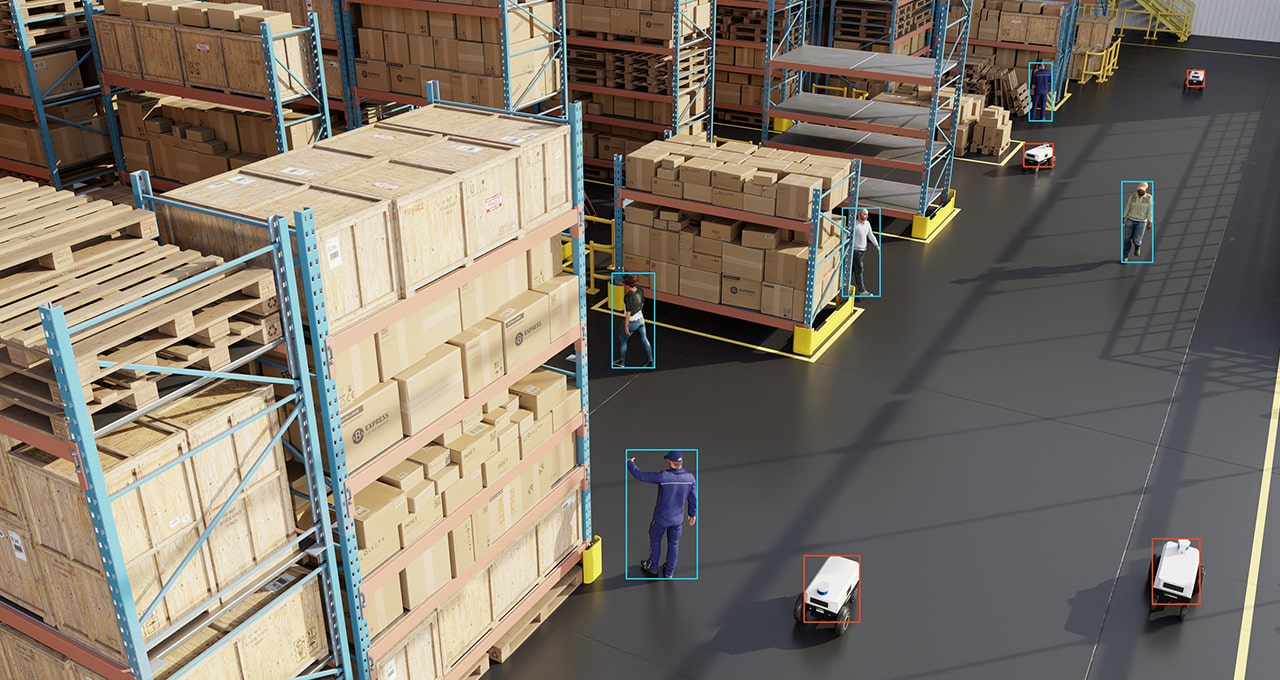 What Is a Pretrained AI Model?