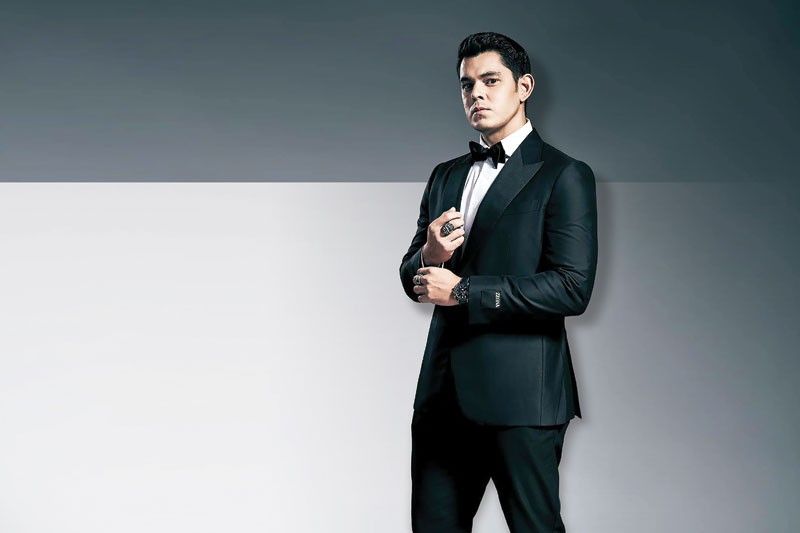 
After a long wait, Richard Gutierrez is finally taking on his first lead role in an ABS-CBN program.

In Iron Heart, which is directed by Lester Pimentel Ong and Richard Ibasco Arellano, Richard returns to action, the genre that helped propel him to leading man status early on in his showbiz career.

What audiences are expected to see in the primetime series is how it consciously veers off from the kind of action identified with its action-oriented predecessor on ABS-CBN.

“We wanted to change the feel of the action that was established in Ang Probinsyano, which had its own flavor,” the 38-year-old said during a presscon last weekend at Chateau De Busay, located in Iron Heart’s set location of Cebu, where the series was having its latest filming cycle.

“I wanted to offer a different kind of action by showcasing martial arts, which I have studied since I was nine years old. I am happy to express that in a modern, cinematic way and I am excited to express my martial arts side that I have been practicing all of life,” he said.

Prior to last Monday’s pilot episode, the teleserye’s pre-release trailers trended online what with the promise of hardcore and fast action, as Richard’s character Apollo, a secret agent with unexplained super strength, figured in a helicopter explosion and close-combat situation.

“Alam mo, sobrang sarap ng feeling that after the wait and after all the struggles and frustrations and then finally, doing it and working hard and putting on the hours, biglang naging ganun yung reaction ng mga tao. Alam mo yung sobrang fulfillment yung naramdaman namin as a team?” Richard said in an exclusive chat when The STAR caught up separately with the actor in Cebu.

“Especially ako, I waited so long and finally, it’s here and ganun yung pagtanggap ng mga tao. Actually, nakaka-pressure to be honest! At the same time, it excites me. So, it’s mixed emotions. But more than anything, I’m just thankful. And I feel humbled and blessed that I’m here in this position.

“But for what makes an ‘iron heart,’ I think it’s going through tough times, being able to fight for what is right, going through all the struggles in life, getting back up again and continuing on your journey or your path.”

Obviously, what makes the production extra special is its shoot location, a character of its own in the drama.

“Cebu is close to my heart. My mom would always bring me here and we would try to visit at least twice or thrice a year before the pandemic,” he said of the hometown of his mom, talent manager Annabelle Rama.

“Cebu is beautiful and I think it’s time to showcase the beauty of Cebu, especially after the pandemic.”

The series features Tops in Busay, the most famous lookout in Cebu City, and the Cebu-Cordova Expressway (CCLEX), the longest bridge in the Philippines, as well as other tourist attractions and sights off the beaten track across the island-province.

“We have been filming in Cebu City, Carcar, Dalaguete, Busay, Argao and more places,” revealed Richard, who also thanked the Rama clan, including Cebu City Mayor Mike Rama, and Cebu Governor Gwendolyn Garcia, for their support for the production.

“We will go all over and explore more to share with our audience the beauty of Cebu and what the province has to offer,” he added.

Richard talked more to The STAR about Iron Heart, as well as his family life during the one-on-one.

On his action comeback after a four-year wait:

“The wait is worth it actually. Of course, there were times like I was getting frustrated but also the pandemic happened and because of what ABS-CBN had to go through recently. There were uphill battles, so to speak, but the wait was worth it. For me, God has a timing for everything and He gave it to me at the right time.”

On what attracted him to the Iron Heart script:

“I didn’t expect that we would shoot out of town. Initially, I was thinking we were going to shoot around Metro Manila again… but our head producer, Ms. Dess, wanted to shoot outside Manila. They were considering different places in the beginning and I said, why don’t we do it in Cebu? And then they flew here first, the producers and directors, to look for locations. From the start, from the moment they arrived here, OK na agad lahat.”

On the kind of action hero audiences are going to see in Iron Heart:

“It’s always good versus evil. The way we tell the story is what’s going to make it different. I’m a secret agent in this crime world. I have to be a criminal but I have a purpose of serving justice.

“In this day and age, every story has been told, so it’s how you tell it. Marami na kaming inspirations, ang daming available from old and new films, and new series, especially nowadays, ang daming magagandang series. Yes, we try to get some ideas but we try to tell the story in our own way.”

On choosing the action genre for his biggest Kapamilya project:

“I really insisted on that because I feel like that’s my strength eh. I can offer the audience more with action because I’ve been doing martial arts all my life and I’m a big fan of all the action movies and directors. And it’s really my passion as an actor. I’m very thankful that this project really pushed through with ABS-CBN and Star Creatives, and they really supported me with my ideas.”

On what he learned about the acting craft from his character:

“I consider myself always a student, never a master. I’m always a student of the craft. You always learn from different people, from your experiences, so I love working with my directors. Sabi ko nga sa mga directors ko, tell me, if you see something where I’m not doing well, when you can’t feel me or whatever, tell me so we can collaborate. And that’s how I am with my directors, we’re very open (to each other) because I still consider myself as a student of the craft. I’m still learning along the way but through my experiences and the time I’ve spent in the industry, I can offer a lot on the table. But it’s about fine-tuning it and tapping the right emotion for the right scene. It’s a process — acting is a process — so I’m constantly evolving, constantly learning, and that’s what I enjoy about it.”

On how his real-life roles as father and husband changed him:

“My family completes me as a man. Through all the hardships and struggles, parang at the end of the day, you have a purpose. I found my purpose as a family man and it changes you. Alam mo before, when I was single, laging sinasabi sa akin, ‘pag magkakaanak ka, magbabago ka. I never understood that until I had my kids and until I had my marriage with Sarah (Lahbati). And ang sarap ng feeling na I have a family who’s very supportive of me, who loves me and who’s there with me.

“(My eldest son) Zion, he understands my work, but with Kai, my youngest, parang laro pa rin sa kanya. Nagugulat siya, na-e-excite siya when he sees me on TV. Kasi sa bahay, I’m a normal dad to them. Yes, I try to be a hands-on parent. I bring them to school, I pick them up from school whenever I’m in Manila. I try to spend as much time with them. So, whenever they see me on TV, they still get shocked. But I’ve asked them to visit me at the location shoot a few times already and na-aaliw sila! Ayaw na nga umalis, gusto talaga nila manood ng shooting. Na-enjoy nila.” The Binge List: 8 Must-Watch Marvel Shows to Catch On Disney+
Next Article

Welcome to Sagittarius Season! Here’s Your Horoscope for the Week of November 21
Leave a comment 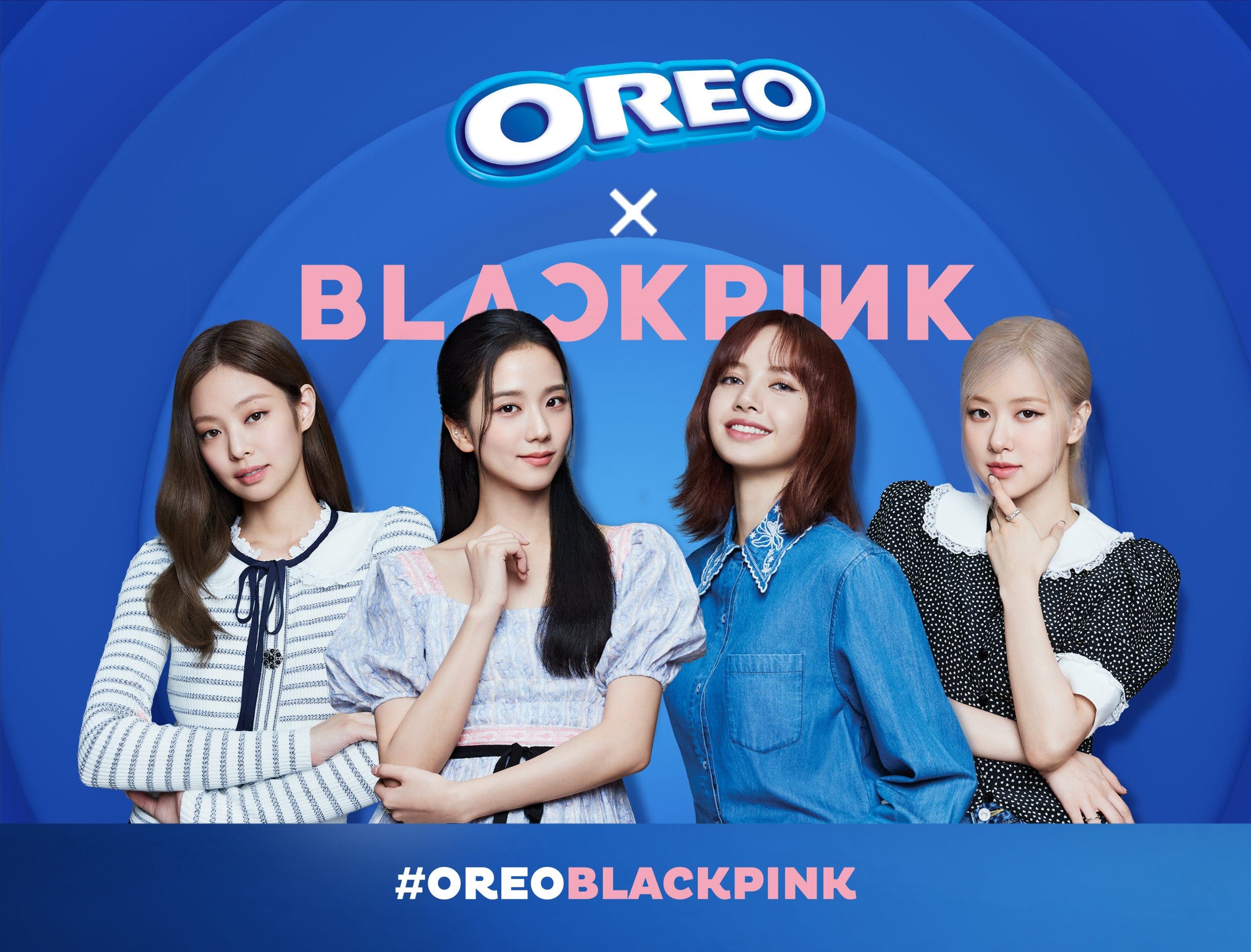