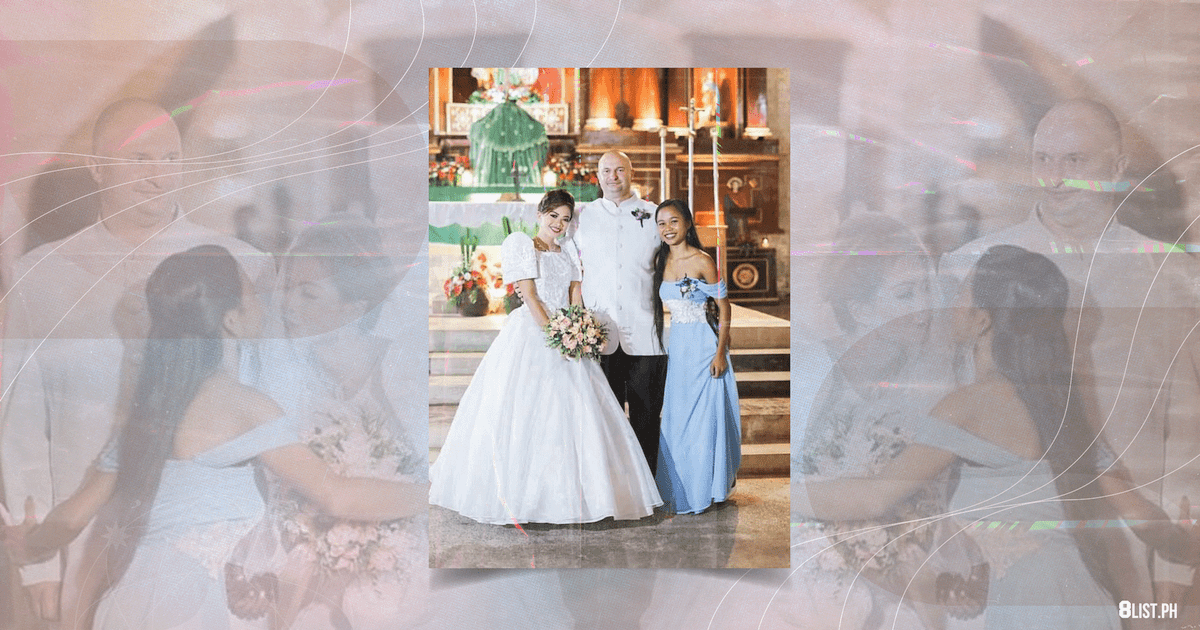 
It reads like something straight out of a teleserye — the kind of story Pinoys are almost genetically wired to get hooked on. The elements: A wedding, a Filipina bride, and a foreigner groom’s best friend. Supplemented with eyebrow-raising photos, one can only guess what happened between these three. The story about this wedding drama has been all over social media last week but if you’ve been living under a rock and are still confused, let’s try to piece together whatever happened.

One of the most important days in a woman’s life is her wedding day. The movies all say it’s supposed to be a fairytale-esque event. In this one, the Pinay bride is getting married to The Groom, an AFAM (a foreigner assigned in Manila). The Bride almost had her fairytale wedding if it weren’t for a little confusion.

The photos are as clear as day. The Groom’s best friend is sticking a little too close for comfort to the point where netizens had to joke that it’s their wedding.

There was even a photo of The Groom carrying his best friend bridal style. The Groom happened to be live streaming his whole wedding and netizens afterward noticed that he seems to gravitate toward his best friend more than toward his wife. This leads us to the day after the wedding.

The Bride released screenshots of her conversations with The Groom and The Best Friend the day after the wedding. She asked The Groom point-blank if he “even loved her a little.” To which he replied that he loved her so much “he can’t even put it into words.” And when asked if he can live without his best friend, The Groom said yes.

In contrast to the short convo, The Bride’s confrontation with The Best Friend consists of multiple screenshots and a lengthy conversation in Bisaya.

The Best Friend reasoned that she was naturally clingy, even The Bride, who was her friend, should know that. “I know the feeling of being hurt because that happened to me before. I’ve tried to distance myself from [The Groom] but he keeps coming to me. I can’t push him away, he might say I’m a bad person,” said The Best Friend.

“Block [The Groom] if you know what’s good for you. Block his number and don’t ever show us your face again. I don’t care if [The Groom] himself comes looking for you, I’ll try to save this marriage as much as I can because I don’t want this to spoil all our plans. Know your limitations,” responded The Bride.

In her defense, The Best Friend said that she didn’t ruin the wedding. In fact, The Groom was about to walk away that day but she convinced him to go through with it.

She also asked if she could settle this matter face to face with The Bride to make things clearer. However, the latter refused.

The Best Friend kept reiterating that she did not have feelings for The Groom.

“I don’t have even the tiniest bit of desire to ruin your relationship — I am happy for you. All I’m asking is to try to listen to [The Groom’s] ideas because that’s what he wants from you. He doesn’t like that you don’t listen to him as if he’s just a mannequin,” she said.

The Bride then revealed that she felt suicidal the night of her wedding after everything that happened. She went home with her family while The Groom went with The Best Friend. But contrary to The Bride’s accusation that the pair went to a bar, The Best Friend said that she spent the whole night convincing the crying groom to go home to his new wife.

“I’m not a bad person. I’m sorry if I ruined everything,” ended The Best Friend. “I know sorry isn’t enough but I hope one day everything will be okay. I hope you won’t include my family in this issue. That is all I ask of you, please.”

The other side of the story

The Best Friend finally shared her side after enduring all the hate directed at her for the past few days. In an interview, she explained that she only did her duties as The Groom’s best friend. She said that it was the photographer who instructed the “sweet” photos of her and The Groom. The Best Friend also asked everyone to listen to both sides of the story and to stop bashing her and her child.

“Yes, I’ve hung out with [The Groom] even before he met The Bride. And the videos you see which have been turned into memes were all taken before he met her. So don’t judge us because that is not true,” said The Best Friend tearfully.

She also had a message for The Bride: “I hope you’re happy that you embarrassed us publicly and ruined our reputation. You have no concrete evidence that we went behind your back. It’s just because you’re jealous.”

The Groom speaks up

The Groom supported The Best Friend’s explanation that the sweet photos were the photographer’s idea. He also said that being an AFAM, he had no family in the Philippines. It was The Best Friend and her family who took him in. “[She] is my best woman. She is my only family there,” he said.

He also added that legal action will be taken against The Bride “and all who is sharing her lies.”

But netizens are sooo invested

It was a classic teleserye plot but only this time, it’s in real life. Naturally, the mariteses of the internet were drawn to the story and everyone was quick to give their two cents. Even Senyora was keeping tabs on it. It didn’t even matter that the whole conversation on the screenshots was in Bisaya, Pinoys had translators for that.

“If for any reason the bride cannot fulfill her duties, the maid of honor will take over,” joked one netizen, taking a line from a pageant coronation for the winner and the first runner-up.

Some are asking why it’s the two women who seem to get the brunt of the online bashing and not the man.

Meanwhile, others are having a hard time sympathizing with The Bride since she was aware that her groom had a girl best friend.

“The wife is aware that she has a female close friend. During their first convo in AFAM, they said that [The Best Friend is an] ex-girlfriend but now it’s just as a [best friend]. But for me, the wife is really wrong there because she still pushed AFAM to marry,” read one comment on Facebook.

Other netizens think that all three are at fault here and that outsiders shouldn’t just point fingers when they know nothing about what happened.

Moral of the story

For all the “best friends” in the world, the moral of the story is to be a good friend. Know your limits as a friend to someone who is in a relationship. If it isn’t the most basic rule of the Friendship Handbook, it’s certainly common sense and human decency to do so. Imagine this: If the roles were reversed, would you want to be the one left out while your significant other is cozying up with their bestie?

And for the mariteses who pounced on the whole fiasco and created so much hate for The Best Friend, know both sides of the story first. 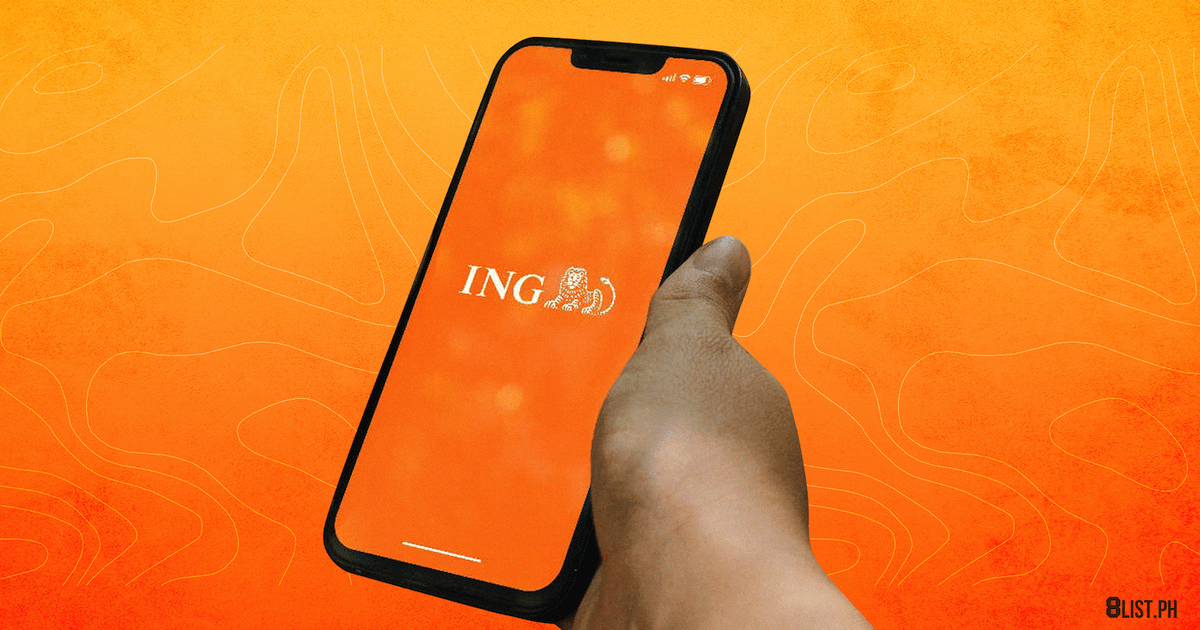 Why You Should Empty Your Account Before Oct 26
Next Article 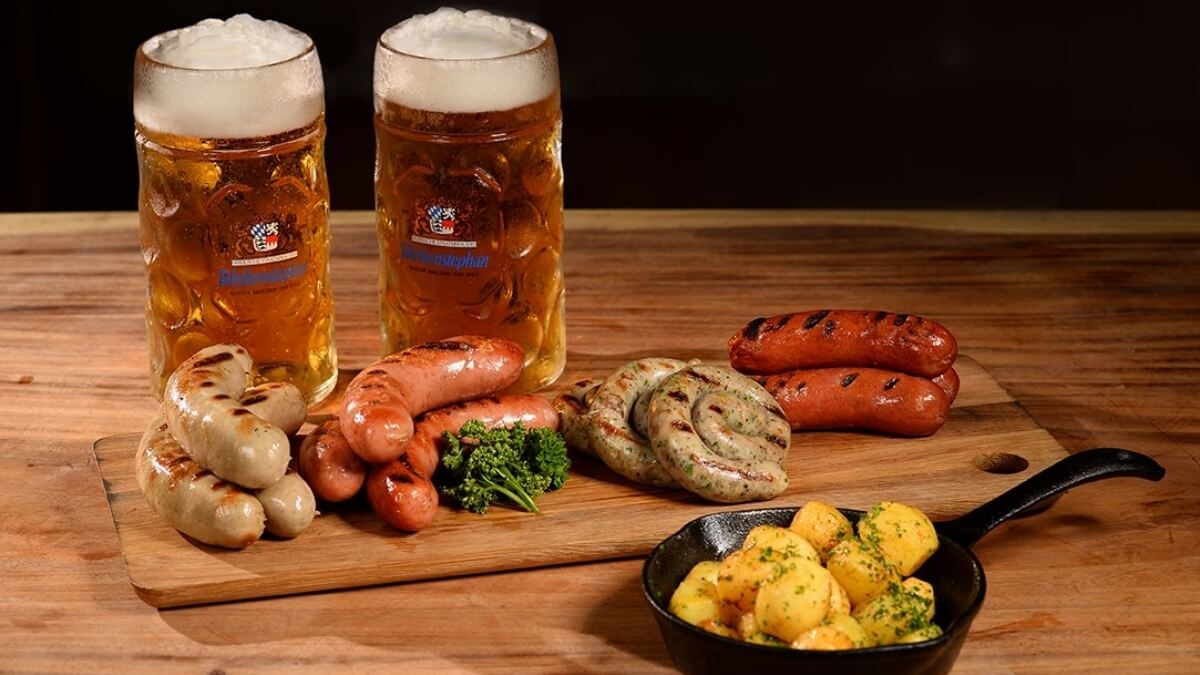